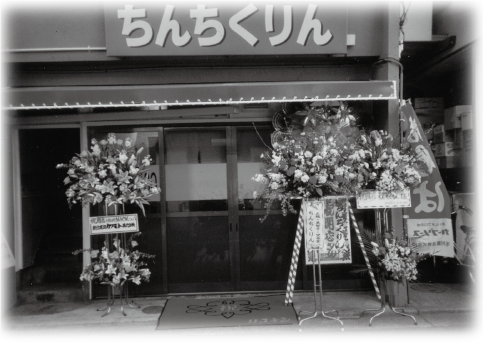 Hiroaki Kawakami opened the first Chinchikurin restaurant in 1999. The humble, 8-seat restaurant was located in a small alley in Enomachi, Hiroshima.

In the beginning, Chinchikurin had it rough. With over 1,600 okonomiyaki restaurants in Hiroshima, it was difficult for Chinchikurin to distinguish itself from any other restaurant. However, with a dogged habit of self-reflection and determination, Hiroaki knew that the one thing he wanted to do above all else was to make the best okonomiyaki he could.

But it wasn’t just the okonomiyaki that helped fuel the rise of Chinchikurin in becoming one of the best okonomiyaki restaurants in Hiroshima. Kawakami-san’s charismatic personality brought an element to the table that made Chinchikurin not just a place where customers came to dine, it became a sanctuary where people could check the real world at the door and relax with great food, drink, and conversation for hours on end.

Then, one fateful night, while Hiroaki was sharing some good laughs, conversation, and okonomiyaki (of course) with his former classmate, Shinichi Muratake, the two came up with an idea: Why not share the love? If the two of them had such a great time and a full stomach every time they saw each other at Chinchikurin, why couldn’t they help create other Chinchikurin restaurants to do the same?

Together, they decided to jump into the deep end. Hiroaki had to shift his meticulous cooking mentality to a more educational and managerial role while Shinichi ditched his secure day job of suit-and-tie-corporate-Japan and went into small business survival mode. With a supporting team of associates and a network of contacts, the two started their journey to share what they know and love: Hiroshima style okonomiyaki and good times! 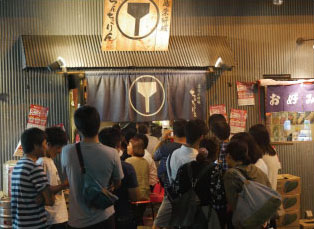 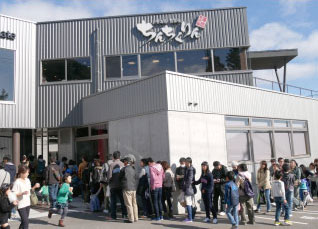 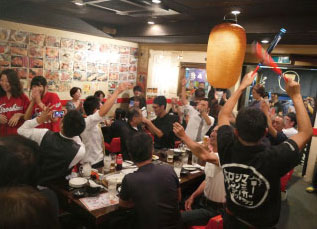 Through many hard days, nights, weeks, and months, Hiroaki and Shinichi created the successful Chinchikurin franchise. Chinchikurin now has restaurants split between Hiroshima and Tokyo !

Driven by their passion to spread fun times shared over great tasting Hiroshima style okonomiyaki, Chinchikurin has its eyes set on establishing locations all across the globe.

The Hiroshima style okonomiyaki to world!